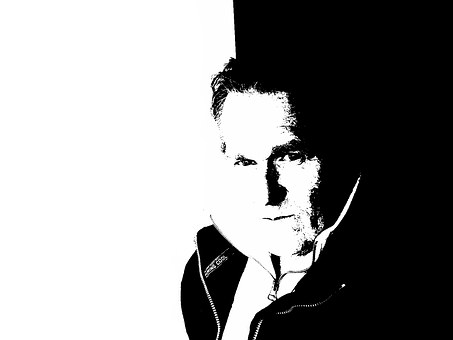 August 2014, probably one of the longest months of my life. The days felt like decades and almost seems like another lifetime ago, it was another lifetime ago. It was a month of enduring a nonstop decrepit mental roller coaster ride. Like a classic wooden coaster, it was a jerky ride that without warning slammed to a stop in the midst of a loop or decent (go to the website). It was one that jarred your body and neck leaving you with residual aches, headaches, and pain. The intensity left you feeling petrified as you waited upside down in suspense, praying you did not fall from the cart. As the cart slammed on the brakes, your body plunges forward, only to be slammed into the hard, plastic seat, a plethora of ideas and emotions flash through your mind. Every emotion, nuance, image, memory, thought lingered an eternity, yet, in reality, the journey through the mind is only a split millisecond. This is how I describe the subconscious sense that divorce was inevitable, and this was a ride I would continue to pass by the exit over and over again until I purposely found the strength and clarity and take hold of this brake next to me. How did I not realize I was in control all along?

Yet, the roller coaster accelerated for me, I pushed the gas and lamented I was an unwitting and unwilling passenger. After all, I boarded this now failing amusement ride 25 years back. At that time it was bright and shiny and I had been in love with the ride. It was filled with thrills and appeared to continuously be headed in a new direction, however just like a roller coaster it just goes in a big circle. My life with my ex-husband was that way, it was intoxicating, reaching the greatest highs and then the lowest of the lows(the lows were subterranean).

That month my ex slept away from our house many nights, after provoking a fight. He would show in the morning, claiming exhaustion from sleeping in his car or at one of his guy friends. Even I didn’t believe that. However, I refused to acknowledge my peripheral vision, this was the only ride I had ever set foot on in the park. Instead, I steadily focused my attention forward, certain I had been making progress, refusing to see all the passengers, especially, the one next to me, boarding and de-boarding.

Whether you realize it or not, you get to know the passengers, their habits, their smells and their intentions. They all play their role. What’s the expression, people come into your life for a reason? Well, it is true, even people who turn your stomach are there to teach us. Everyone who sees your cart leaves garbage or baggage and valuable life lessons. There was one nauseating fellow who indulged in and out of my cart. Everyone loved this seemingly harmless guy… a large teddy bear with the dutiful understanding wife who busily swept the steps of the cart. To continue with the metaphor, he sat next to me and my partner offered to protect me from the perils of this ride. I didn’t know whether to be more terrified by the slow turn of adequate or the passenger creeping closer, and his hand on my knee. I was paralyzed because his wife conversed inane stories. Suddenly, the ride took a turn and normalized, in an instant, I was transported into my twisted new ordinary reality. My famous passenger of 25 years returned from his urgent 9 pm phone call (no he’s not a doctor) distracted and anxious to cover the bill. Shaken by my experience I sought safety and refuge and shared my stranger danger story on the ride home. Guess what? He didn’t care. He did not care that his friend was really a shadowy fair ground miscreant, did not care at all because he was already off the ride and disappearing into the shadows himself. He was riding the completely new version, while I clung to the faded wooden and rickety tracks that provided warped comfort.

There were many other mini stops and starts that left my mind and heart hurting, but the jarring fact that my for better or worse partner had parachuted off the ride and left me at the hands, literally, of a sewer rat filled me with an inconsolable ache as the trail in front of me disintegrated. The fact that has been I shrank and could have cared less who was seated next to me. Finally, as we derailed it propelled me to at least recognize that the controls were literally in my hands. As instantly as I understood that the ride was falling apart piece by piece, I understood that I had the capacity to get off the ride at any time. It was liberating to see who was boarding. Occasionally, tunnel vision returned, fear consumed me and I prayed for someone to save me for the ride to fix and for the same sick, but comfortable loop to re-establish. I was scanning, trying to find the exit. Although, I purchased my ticket years ago, and I screamed with faux delight, true fear and red-hot anger burned inside me as we looped our way up and down, yet my voice still lacked strength, devotion and an unwillingness to change direction. From time to time, I saw that the ride in slow motion. Still, the experience of the degenerate fair groupies lingered and faintly illuminated my path. Slowly I turned my head and looked around, it was shocking to see this former masterpiece which once represented such guarantee was fractured beyond repair.

Methodically, I grabbed the brake and began to apply pressure. I knew I couldn’t handle another abrupt, uncontrolled stop, however, I eventually realized I could control the rate at which I’d make my inevitable death. I called the one person who refused to ride the rides, the 1 individual who patrolled the park, the person who the rats dreaded, my father. Patiently and without interference he waited for my ah ha moment. He witnessed, with despair, but without hindrance, the decline of the wooden roller coaster. He cringed and watched as it(as I) dropped deeper and deeper into despair and when finally in the end of August I explained,”I am scared, but I’m ready, show me the way”, he held my hands as I pulled the brake and stepped off the ride.

What a strange feeling to be on solid ground. He didn’t save me, he enabled me. With shaky legs, I firmly stepped and changed my course, leaving behind the depraved world in which I had become enamored. At the risk of another acceptable metaphor, it was like the House of Mirrors, the fact was hidden in illusion. My route was lit and with shaky determination the world in which families no more boarded together, single passenger lines split couples, the constant of this ever-changing passenger and drifters insidiously building and rebuilding our roller coaster was being left behind. It was being discarded.

As I linger in August of 2017, I recognize that August 2014 was a month of not surprising abrasive quits, but a month of spontaneous demonstrations. The universe kept sending me stronger and more powerful messages before I was no longer able to restart the ride. My journey across the garbage-filled park, navigating the paper stained map, was arduous. Sometimes I wandered aimlessly or relegated in the direction of a new thrill ride, but finally a quiet determination took hold and one foot before another, I found the exit. Finally, after three decades, August to August, I’m exiting the fairgrounds. I empty my pockets of those crumpled tickets, broken promises, and stale popcorn. The worn out and tired fair groupies are not worth a mention. Go to the website for more details.